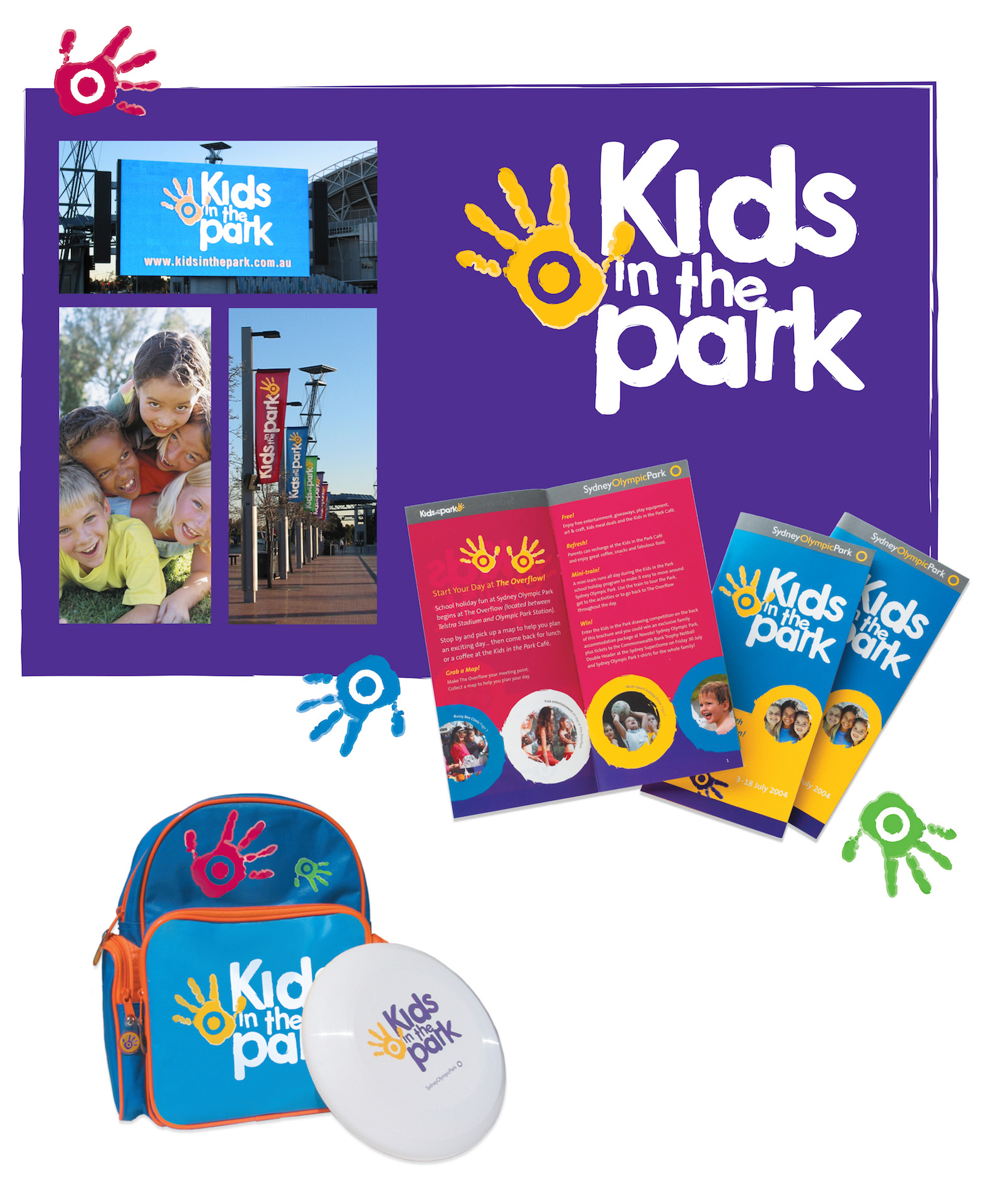 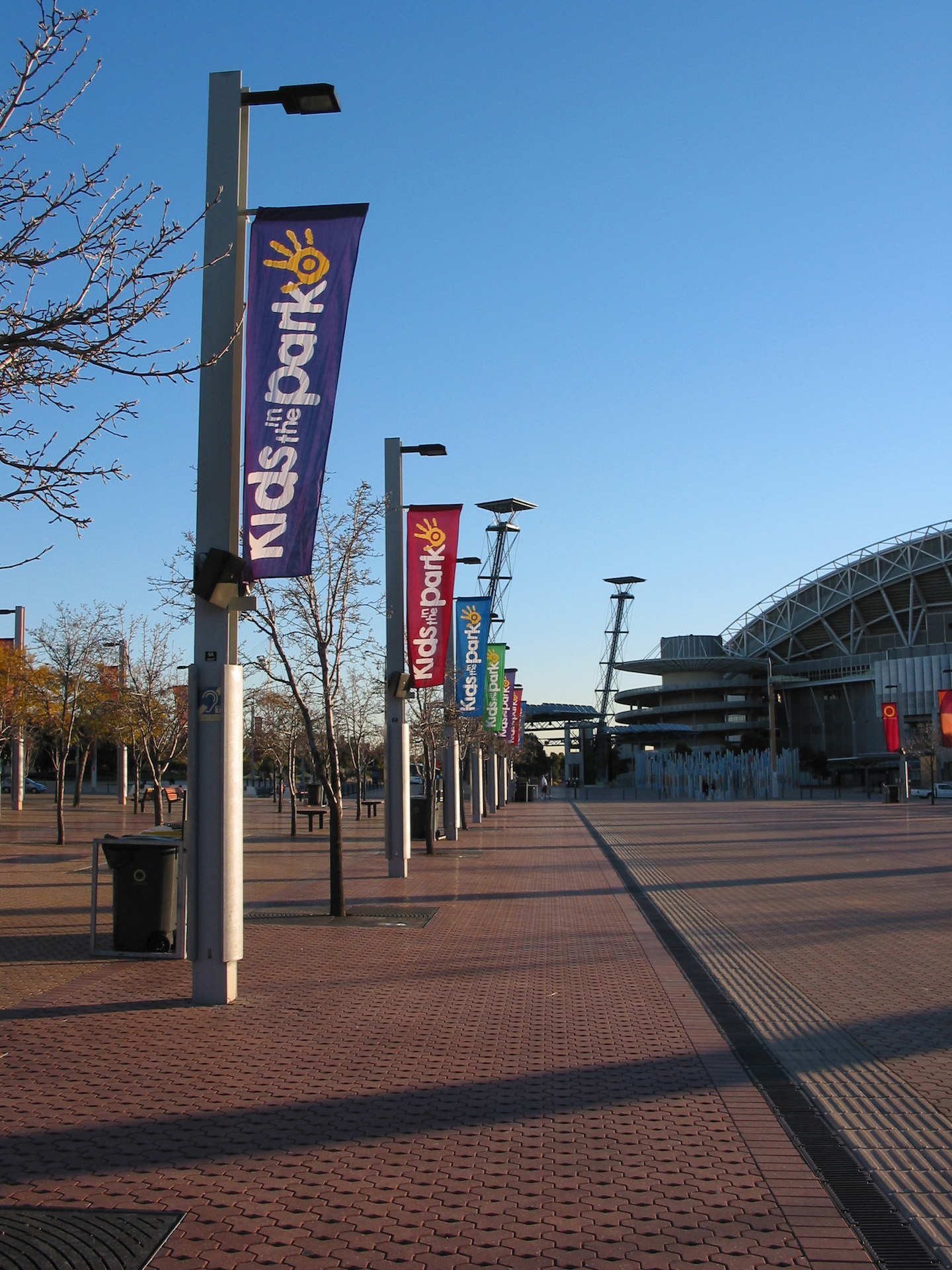 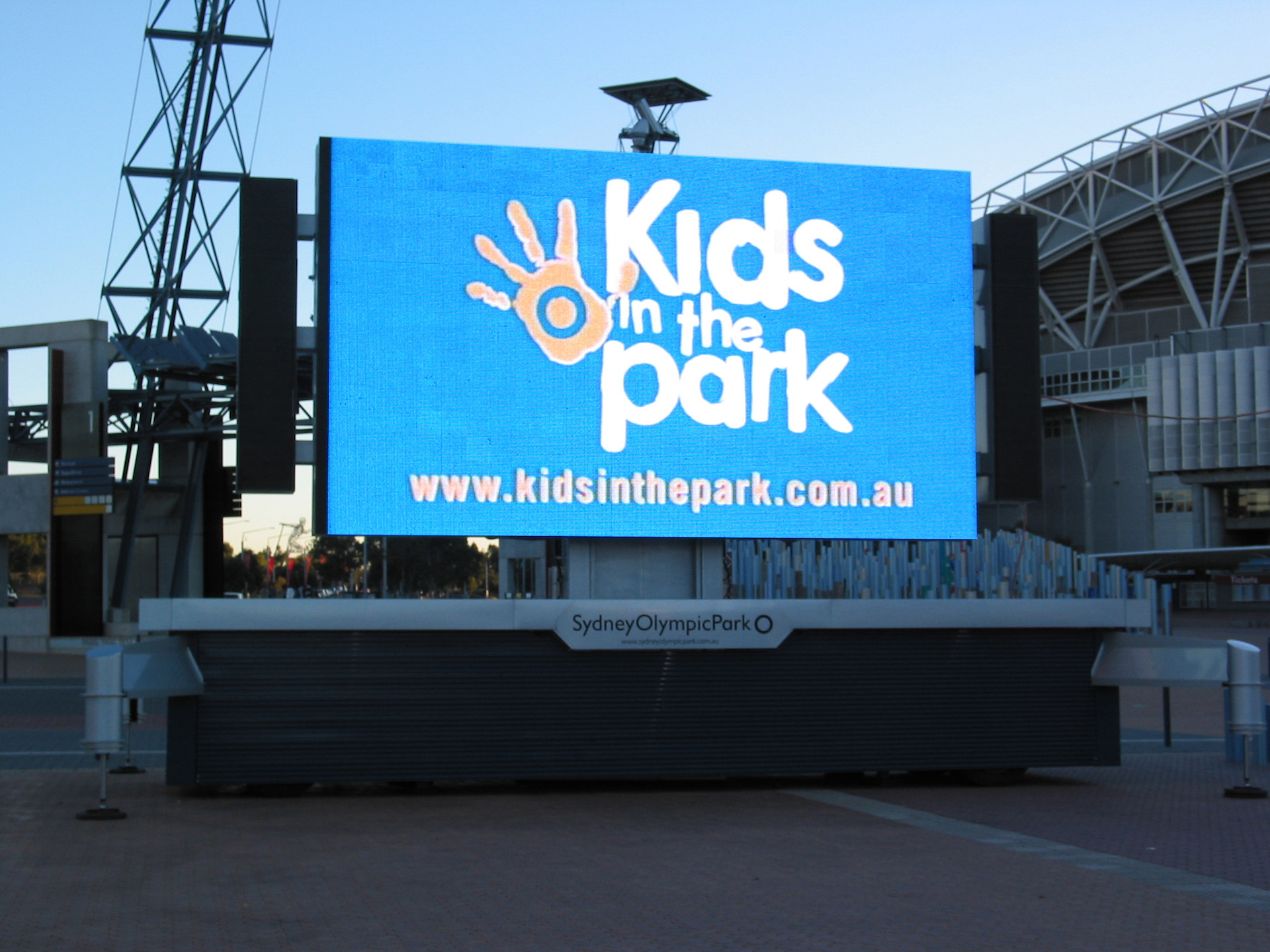 Originally developed for the 2000 Olympic Games, Sydney Olympic Park was designated a suburb in it’s own right in 2009. The facilities built continue to be used for sporting, musical and cultural events, including the Sydney Royal Easter Show, Sydney Festival, Big Day Out as well as world class music concerts and sporting events. Sydney Olympic Park is managed by the Sydney Olympic Park Authority (SOPA), part of the Office of Sport which is an Executive Agency in the Department of Industry cluster of the NSW government.

Ident was commissioned to create the branding for Sydney Olympic Park’s school holiday activity, Kids in the Park, shortly after the program commenced. Kids in the Park makes Sydney Olympic Park the official home of the biggest range of school holiday activities of any single location in NSW. The program has operated during every NSW school holiday period since mid-2004. Our branding solution was used to promote this renowned program for more than a decade and became a recognised symbol of fun and adventure at the park.